Teru has spent 40 years living in this outdated zoo enclosure at Yuki Park Zoo in Kofu, Japan. She has been alone for 20 years in this concrete prison since the death of her companion Mimi in 2000. There is no shade. There is no companion. There is literally nothing. Teru shows stress via her non-stop repetitive swaying and bobbing.

“There is simply no justification for keeping elephants under these conditions.”

Animal science students from a nearby university regularly started visiting Teru in late December 2017. Their observations helped implement new enrichment efforts at the beginning of 2018 to help end Teru’s stress-coping behaviour of rocking back and forth continuously. These efforts include a feeding challenge (a toy for mealtimes provided for Teru to shake to release food) and branches put on the ceiling of her enclosure. In March 2019, a sandbox was built for Teru which she loves to use.  The zoo also announced an ambitious and extensive refurbishment and expansion plan, which will include Teru’s enclosure as well.

The zoo also declared they will no longer exhibit elephants after Teru.

Find out how you can start helping Teru and the other solitary elephants HERE. 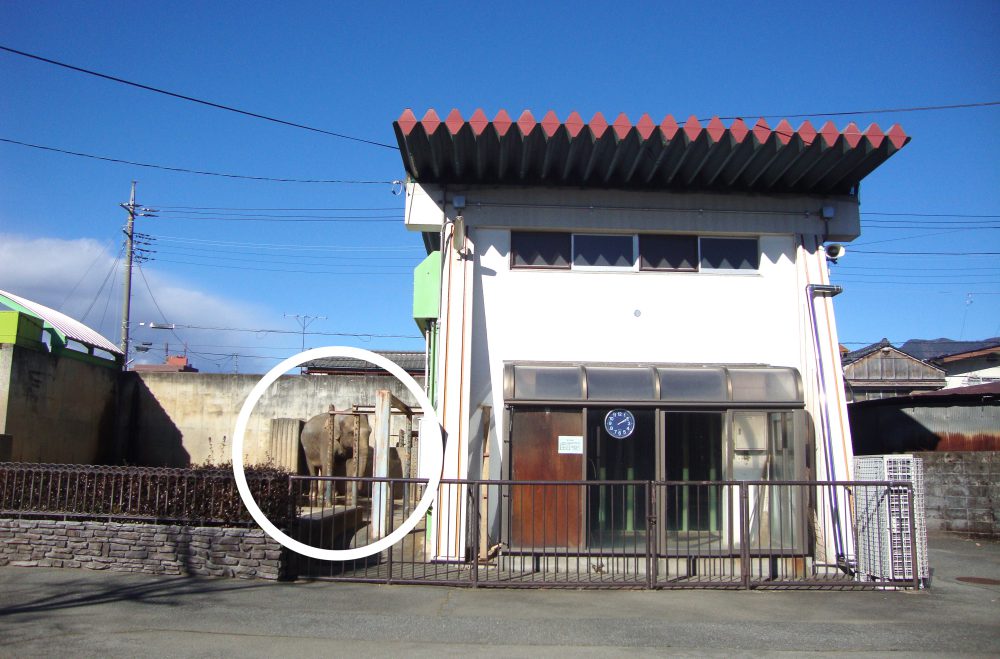